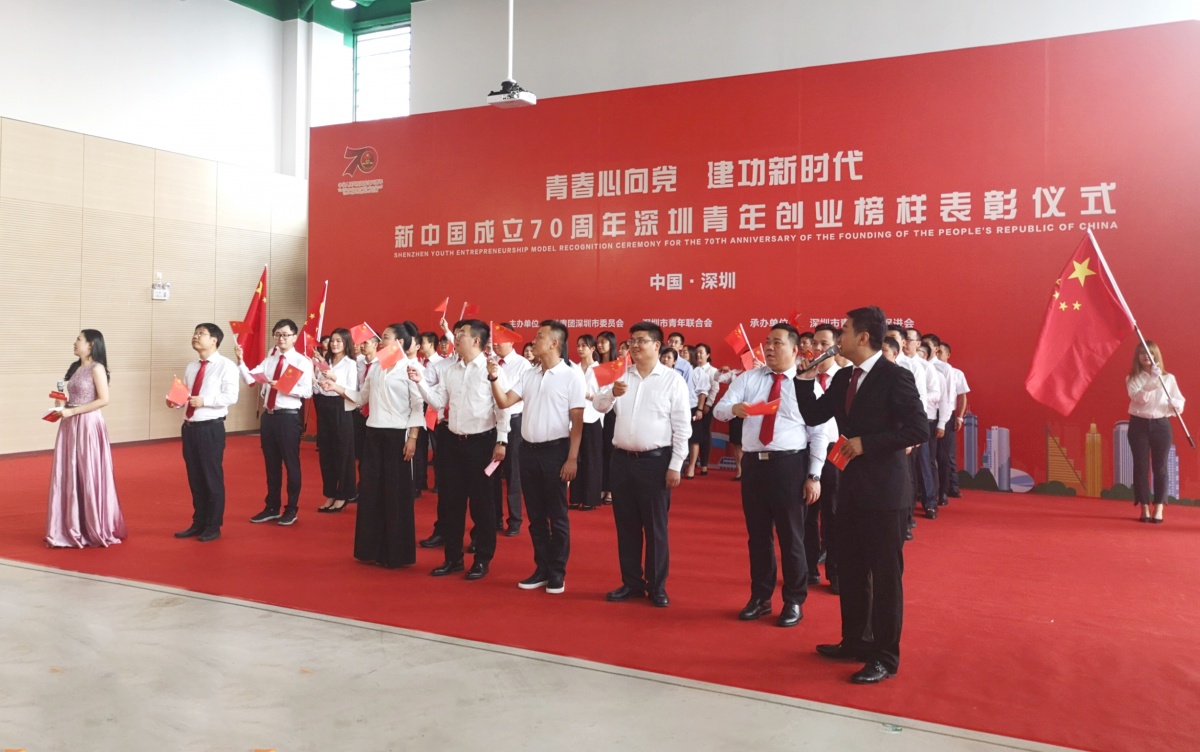 This year marks the 70th anniversary of the founding of New China and the 40th anniversary of the founding of Shenzhen. The Shenzhen Committee of the Communist Youth League organized the Shenzhen Youth Entrepreneurship Model Selection in early August this year. With the theme of “Youth and dedication to the party and building a new era”, more than 400 young entrepreneurs applied for evaluation. The scope of the selection includes outstanding entrepreneurial youth from AI, aerospace, internet, biomedicine, education, new retail, new media and other fields. After presenting candidates, primary selection, company visits and comprehensive evaluation, the 40 young entrepreneurs in Shenzhen were finally assessed as leading entrepreneurs in various industries. At the award ceremony, the relevant leaders of the Youth League and Municipal Committee presented awards for 40 young pioneering examples. Finally, everyone sang the chorus “Me and My Motherland”, which resounded throughout the venue and astounded everyone. Shenzhen is a fertile land for talent gathering. MileBot is based in Shenzhen. It hopes to take root and grow here. It will contribute to the rehabilitation of tens of millions of stroke patients in China and escort them.